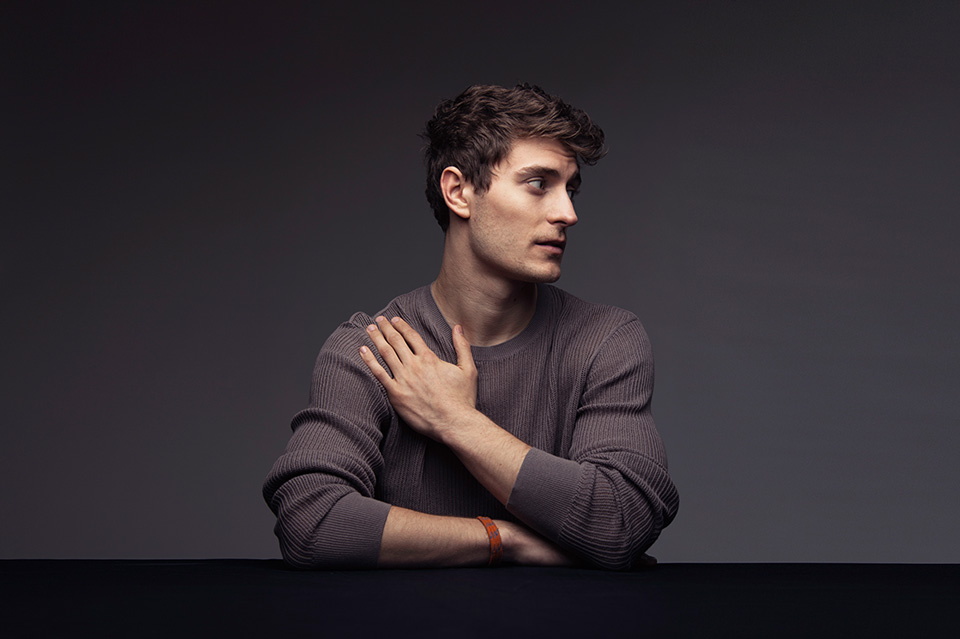 Polish countertenor Jakub Józef Orliński is quickly gaining a reputation as a singer of striking vocal beauty and daring stagecraft.  He has been hailed by critics and audiences alike, prompting the New York Times to write: “Jakub Józef Orliński combined beauty of tone and an uncommon unity of color and polish across his range.” Autumn of 2018 sees the greatly anticipated release of his debut album, Anima Sacra, a recital of 18th-century rediscovered sacred arias with the baroque ensemble Il Pomo d’oro, conducted by Maxim Emelyanychev, with Erato/Warner Classics.

Mr. Orliński’s star rose rapidly following major competition wins on both sides of the Atlantic, including the Metropolitan Opera National Council in 2016 and the Marcella Sembrich International Vocal Competition in 2015.  In the summer of 2017, he was catapulted to international prominence when his poignant live performance of Vivaldi’s “Vedrò con mio diletto” on France Musique quickly amassed more than two million views.


“The Polish countertenor Jakub Józef Orliński combined beauty of tone and an uncommon unity of color and polish across his range in selections by Britten and Handel.”


Highlights of the 2018-19 season include a multi-city, international recital tour with Il Pomo d’oro, promoting the release of Mr. Orliński’s debut album, as well as his Carnegie Hall solo concert debut featuring members of New York Baroque Incorporated. He will be presented in recital by the Fundació Victoria de los Ángeles in Barcelona and will sing additional concerts in Pennsylvania and Louisiana.   He debuts with the Warsaw Philharmonic in Handel’s Messiah and Montreal Bach Festival in a program of Bach, Handel and Vivaldi arias. On the opera stage, Mr. Orliński will debut with the Glyndebourne Festival Opera as Eustazio in Handel’s Rinaldo, and returns to Oper Frankfurt to reprise his dynamic portrayal of the title role in the same piece.  He will return to Oper Frankfurt as Unulfo in Rodelinda, which will also serve as his role and house debut with Opéra de Lille under the baton of Emmanuelle Haïm.

The 2017-18 season included critically lauded solo recitals at Wigmore Hall, Pierre Cardin’s Festival De Lacoste, Festival de Musique Chambre de Saint-Paul de Vence, and Festival Nits de Clássica in Girona, Spain. He made his house and role debut with Oper Frankfurt in the title role in Handel’s Rinaldo, and debuted with the Festival d’Aix-en-Provence as Orimeno in Cavalli’s Erismena, which was subsequently performed on tour at the Château De Versailles and Festival de Saint-Denis. He was featured in a concert tour of Handel’s Rinaldo with The English Concert under the baton of Harry Bicket, debuted at Chicago’s Music of the Baroque in a program of Vivaldi excerpts conducted by Jane Glover, and joined Capella Cracoviensis for performances of Handel’s Samson.

Mr. Orliński made Carnegie Hall appearances in Handel’s Messiah with both Musica Sacra and Oratorio Society of New York, and performed the piece for his debuts with the Houston Symphony and Portland Baroque Orchestra. He joined the Karlsruhe Handel Festival to sing Vivaldi’s Nisi Dominus and excerpts from Handel’s Dixit Dominus. While a student at Juilliard, he performed the roles of the The Refugee in Jonathan Dove’s Flight and Ottone in Handel’s Agrippina in conjunction with Carnegie Hall’s La Serenissima: Music and Arts From the Venetian Republic festival.

While completing his Master’s degree in vocal performance studying with Anna Radziejewska at the Fryderyk Chopin University of Music in Warsaw, he participated in the prestigious young artist program Opera Academy in Teatr Wielki-Opera Narodowa where he studied with Eytan Pessen and Matthias Rexroth. Mr. Orliński earned his Graduate Diploma at The Juilliard School, studying with Edith Wiens.

In his spare time, Mr. Orliński enjoys breakdancing, in addition to other styles of dance. His achievements in this arena include prizes in many dance competitions: fourth place at the Red Bull BC One Poland Cypher competition, second place on the Stylish Strike – Top Rock Contest and second place at The Style Control competition, among others. He has also been featured in a commercial for the street wear company CROPP, as well as featured as a dancer, model and acrobat in campaigns for Levi’s, Nike, Turbokolor, Samsung, Mercedes-Benz, MAC Cosmetics, Dannon and Algida.